So who exactly was the man we nowadays call Jesus Christ? 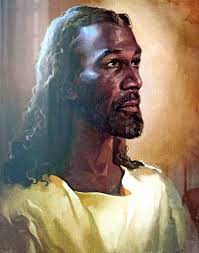 As I mentioned throughout, his real name was Yeshua or Ieshua, Christ (translation of mashiah, anointed) being a title. He was a 1st century Judean, a blood descendant of King David (which is what 1st century Jews meant by ‘son of God’) and a zealous follower of Judaism, living during the time of Roman invasion of Israel & Judea.

However, there’s much more to the story than that. Much of Jesus’s real identity has been hidden and lied about in the entire history of Christianity, but artefacts are slowly uncovering it.

Back to the son of God part, even the modern New Testament itself makes no direct references to that. Jesus seldom if ever called himself that; most of the time he calls himself son of man. That was both a messianic title and a poetic way of saying human. The vast majority of the time it was other people calling Jesus son of God, not Jesus himself. Furthermore, the further back you trace the Bible these references become fewer and fewer. Even those earliest references are highly suspect, because it was common practice for authors to attribute words the characters would’ve said in the authors’ opinion! In fact, the text can be traced back even further to when Paul/ Saul first wrote his letters (ie. before the gospels existed) and be found to contain NO references to son of God at all!

In part 3 I mentioned he was a saviour, marked out (anointed) to save people. However, as a Judean living under Roman occupation and a possible member of the Zealots, he wasn’t out to save the world from sin & death. Just like all other Jews who’d fought and died during that time, he was trying to save the Judeans and Israelites from Roman rule and reinstate the old kingdoms of Judea & Israel!

And he was definitely not the only one. His messiah status made him a POTENTIAL fulfiller of the promise God made to king David in the OT. Many others before him came to fulfill it too, one of them being what the Hebrew Bible calls Yochanan the immerser. We know him as John the baptist. Potential messiahs needed to be plentiful because the Romans kept killing their asses!

Which leads me to another point. Compared to other people Jesus’s crucifixion was nothing special; crucifixion was a torturous execution method reserved specifically for enemies to Rome. In other words, a punishment for treason. In stark contrast to what Christians believe, the Jews had nothing to do with it. They never wanted Jesus dead (except the treacherous Sadducees); why would they if he was their saviour? And yes, contrary to what the Qur’an teaches evidence indicates Jesus was crucified. Though in the same vein as people who can’t accept Elvis is dead, some Jews believed he was raised up to heaven in a similar manner to Elijah. The gospels may have bought into this and got carried away; they all claim he survived crucifixion, escaped from his tomb (with help) and continued to live like an ordinary man doing ordinary stuff like eating, fishing & going for walks.

Unlikely but technically possible, since crucifixion doesn’t kill straight away. It could also be the origin of the Muslims’ claim that Jesus was raised up to heaven.

It’s important to note that while Jews used the term son of God freely, they ABSOLUTELY NEVER called anyone Lord except God. Not even their own leaders. Remember one of the anti-Roman movements was called ‘no Lord but God’. Paul’s followers, on the other hand, had no issue calling their leaders Lord, and Paul (being the creator of Christianity wanting to keep his congregations happy) got the ball rolling so Jesus became known as Lord.

Now on to his family. Today we’re led to believe the only family Jesus had were Mary, his “father in heaven” (Christian doctrine, obviously wrong), possibly Joseph and figuratively his disciples. However, when the NT is traced back in time through its older versions, it becomes clearer and clearer that he had many more family members around.

First it should be made clear that the Nativity story is pretty much all a lie, made up by the author/s of Matthew.

For example Joseph, Mary’s fiancé (husband according to some) who accompanied her to the manger in Bethlehem according to the Nativity, was not her fiancé. He only appears in the Nativity story but isn’t mentioned again, not even at the crucifixion! If this man was Jesus’s earthly father figure, why would he not be present at his execution? Especially since Mary was? It has been argued that he died some time beforehand, but the Bible doesn’t mention this. Strange. Cresswell argues that Joseph is really one of two things:

Also, this may be offensive to Christians, Muslims, Bahá’ís, etc. but Mary was absolutely not a virgin. She conceived Jesus in exactly the same way all other women do – by having sex with a man. Where did the virgin story come from? From the gospels again, specifically Matthew & Luke which used a prophecy in Isaiah that claimed a young woman would bear a son who’ll save Israel. Somehow the Hebrew word for young woman was mistranslated to virgin in Greek.

So if not God/ the holy spirit, who was Mary impregnated by? The synoptic gospel of John mentions the term “Mary of Clopas”. This could mean daughter or wife or mother, but St Jerome – on authority of Eusebius who quoted from Hegesippus – made the authoritative decision that Clopas was the husband of Mary’s sister (who was confusingly also called Mary*), making Joseph Mary mother of Jesus’s husband after all. But this caused problems for the immaculate conception myth, which may have led to Clopas’s name being glossed over or scratched out altogether. According to Cresswell, however, Clopas (in other versions called Cleopas/ Alphaeus, all Greek/Latin renditions of the Aramaic name Chalphai) is Mary mother of Jesus’s husband and therefore Jesus’s real father!

* Mary, or Mariam/ Maryam (ܡܪܝܡ) in proper Aramaic, was a common name. But two  sisters being given the same name? A bit farfetched.

Through the older versions of the NT, we also find some interesting info on other members of his family. Acts 1:13 mentions

Obviously words have been deleted. What words? Evidence suggests (mother) and (brother) respectively, though it’s been argued that James was Mary’s father. These words were deliberately deleted by the otherwise conscientious scribe A, who was copying from another flawed exemplar, then added back in by Ca (the boss corrector), then re-deleted by Cb2! Remember Cb2 made a habit of undoing Ca’s work.

All this means that James* was also a son of Mary and therefore Jesus’s brother. And since Judas was James’s brother, that also makes him Jesus’s brother. Yes, Judas was one of Jesus’s blood brothers! Knowing this, as well as the fact that Jews didn’t participate in the crucifixion, the betrayal-by-a-kiss story no longer makes sense.

* Jesus’s disciple James son of Alphaeus, as there was another James, son of Zebedee. When this line is traced back we see Zebedee was the husband of Salome, one of the women present at the crucifixion who also was Mary’s sister. This makes Salome Jesus’s auntie and James son of Zebedee Jesus’s cousin!

And that’s not all. Through careful reading of old NTs it emerges that Jesus had at least 4 brothers – James, Judas, Joseph/ Joses and Simon the cana (zealot). St Jerome’s interpretation of John, however, calls Joses & James his cousins and calls Salome Mary! No wonder Christianity is so confusing for many people.

Though the Bible doesn’t say such, she’s often seen as a harlot or prostitute whom Jesus forgave (and according to the end of Mark drove 7 demons out of her, not giving any explanation on how she had them in her in the first place). According to this site, this myth came about from a misreading of Luke. It speaks of an unnamed “sinful woman” who brought Jesus a flask of ointment and washed his feet with her tears, and she came to be identified with a Mary of Bethany. In the next chapter (Luke 8:2) Mary Magdalene is introduced, and by the 6th century the “sinful woman”, Mary of Bethany & Mary Magdalene were generally assumed to be one and the same person. However, the synoptic gospels clarify that this woman was Jesus’s wife!

Honestly this claim isn’t news anymore. Many people have been claiming Jesus was married. There’s a fragment of papyrus written in Coptic (an ancient Egyptian alphabet) nowadays known as the gospel of Jesus’s wife, line 4 reading … “Jesus said to them, ‘My wife…” (rest of line missing). Obviously faithful Christians – too scared to admit that the saviour could’ve had sexual desires like a normal man – have denied it. Given the wholesale alteration of Christian doctrine throughout the ages (the reduction of accepted gospels to 4, switching of Jesus’s birthday to 25th December, blaming Jews for the crucifixion, believing in virgin births, holding asexuality/ eunuchism as a spiritual ideal, etc) I don’t find this Jesus’s-wife story especially hard to believe. In short, the 3 women who came to Jesus’s crucifixion were Mary (his mother), Mary Magdalene (his wife) and Salome (his auntie) – makes sense since they would’ve been significant figures in his life.

was in good faith, scribe D had re-added in certain details of this part of the text regardless – Mark 15:47 to 16:1, those women saw Jesus being put into the tomb! Then Ca, seemingly not realising this, added it in again!

Some Christians in the past and present believe/d the original Bible can be reconstructed or discovered. Brooke Westcott and Fenton Hort (collectively called Westcott-Hort, or WH) in the 19th century, for instance, spent almost 30 years creating a new NT using Vaticanus & Sinaiticus as sources. They worked on the belief that both came from an original source. Bruce Metzger also assumed the existence of an original but lost NT that analysis can tease out.

Yes. Evidence shows that as old as Sinaiticus & Vaticanus are, they’re not the original Bibles. Throughout and before the creation of both was a bundle of Jewish texts, evolving Christian mythologies and new versions, all of which led to a possible exemplar for both: P45 from the early 3rd century. Cresswell also describes an exemplar from the end of the 2nd century which contained all the gospels and possibly Epistles & Acts; I didn’t quite understand if this was the same as P45 or another. Either way, it shows both Vaticanus & Sinaiticus were written about a century after some earlier version/s.

So who was Jesus Christ? A Europeanised mythical figure, loosely based on an ancient Judean king-aspirant & anti-Roman rebel most likely called Ieshua/ Yeshua, whose birth, life & death were deliberately mis-recorded by Saul, a guy who had it in for the Jewish authorities and diluted Judaism’s many pedantic rules to win over polytheistic Greco-Romans who happened to have political, cultural & military clout.

Note that this post, as well as the 3 previous ones on the topic, are my own summary of the book. To get more detailed information on the subject, become a religious historian! Or read the book The Invention of Jesus, and see the appendices (pp. 293-346) for specific examples of mistakes made in Sinaiticus & Vaticanus.