Bridewell Palace has an intriguing history. Originally owned by King Henry VIII, it went from an entertainment parlour and lodge for visiting rulers & ambassadors to a house of correction less than a century later. There, both innocent and guilty people were whipped and imprisoned for 1-2 years to pick oakum or beat hemp!

And it was here the first street urchins bound for Virginia were held. 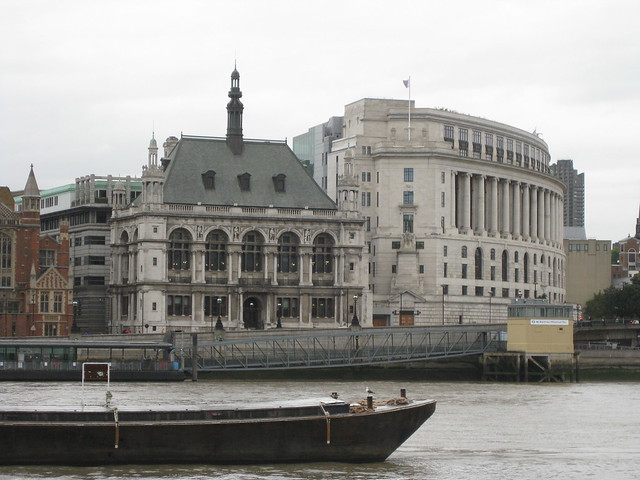 These children included everything from beggars to orphans, pickpockets, runaways, child prostitutes and ordinary workers (remember child labour hadn’t been abolished). Basically, if they were making London look bad they were targets. Of course other parts of Europe were mired with street children at the same time; Lyons (France), Stockholm (Sweden) and Venice (Italy) were constantly moaning about them!

In 1617, 100 parish councillors convened at St Paul’s Cathedral to discuss how to get rid of street children. They settled on dumping them in Virginia. Under the Poor Law, parishes could normally avoid caring for the poor by sending them to other parishes as apprentices – but now they could chuck ’em out the country altogether!

Edwin Sandys, one of Virginia’s major investors, a leading figure in the House of Commons and a Puritan (uh-oh!!!), along with Thomas Smythe made a deal with the City of London Aldermen & Lord Mayor. London would pay the company £5 per child and have 100 of them shipped to America as “apprentices” in respectable industries like tailoring, smithying & baking. They must be between 8 and 16 (inclusive) and born in London.

Thus on 8/8/1618 the Lord Mayor gave the green light and the round-ups began. Constables (or spirits, as they were called) weaved through the busy ports, thoroughfares and market places secretly snatching children, 1 to 2 at a time. They knew they couldn’t afford to be brazen because a riot could be ignited at any time by unhappy parents. Those taken were enticed with promises of wealth and land in a faraway place, or else assumed they were just going to be locked up for a few months – business as usual. By February 1619 140 kids had been taken, those to be sent were labelled Duty Boys (despite being a group of 74 boys and 23 girls).

Despite the justification that their young bodies would adapt to the heat better than adults, most died well before adulthood. Between 1619 and 1622 300 kids were sent; by 1624 only TWELVE were still alive! And of course the apprenticeships were bollocks; the only industry those kids mastered was field labour.

As insidious as child labour was, it was only part of Sandys’s plan. At the same time as the kids he’d also sent “bridal boats” – mail-order brides for the colonists, many of whom were prostitutes! The planters were encouraged to stay in America and establish permanent family units, buying a wife for 120lb of tobacco and an “apprentice” for 20lb.

And indenture contracts meant fuck-all. Along with adult slaves they were worked up to 11 years, without pay or even 1mm of land to their name, and most died from the summer heat.

Smythe had always been good at selecting people of exceptional talent, and back in 1609 he’d introduced Sandys through the inner workings of his company. When Smythe had fallen ill Sandys had been his trusted deputy. But during this kidnapping saga Sandys managed to replace Smythe as the Company’s treasurer! How?

Well as a Puritan, Sandys loved to fight people with power. He’d disputed the King’s right to rule and had turned on the city’s merchant fraternity! He wanted an audit of the Virginia company’s finances, which Smythe normally would’ve ignored as he had the court of shareholders on his side. This time, though, the court’s leader fell out with him –

Why? Because of how he treated his protégé Samuel Argall.

Argall was the company’s governor in 1617, a privateer so fucking tyrannical he executed a planter for freeing his slaves – even though their indenture period was over! Smythe told him to be lighter-handed but Argall didn’t listen. Complaints piled up like paper mountains so Smythe sacked him and made him come home. The Earl got pissed and teamed up with Sandys, and together they drove Smythe out!

In a last-ditch effort to save face Smythe resigned, claiming the King gave him a special assignment that required more of his energy than the company. Said the man who ignored the King’s command to plunder more of Ireland. He died 6 years later.

With the richest man in England gone, Sandys was free to rule! He established the supposedly progressive House of Burgesses* and 3 months later asked the Lord Mayor to send over more kids.

However, it wasn’t so easy this time – the Common Council of London wanted written proof that the apprenticeships were actually happening! Not to mention that the common people had caught on to the kidnappings and were raising hell! Parents took to the streets demanding to know where their children were, and why they’d been taken.

Sandys was forced to admit the kidnappings were ILLEGAL!!!

So what did he do?

The next year (28/1/1620) he wrote to Robert Naunton, the King’s Secretary of State, claiming “apprenticeship” was still good for the little wretches. Three days later the Privy Council replied, giving explicit approval to the venture! AND it also gave them authority to punish the tykes in any way they wanted. In short, Sandys made kidnapping legal!

For the next 4 centuries historians made out the TAST began in August 1619, through the selling of “20 and odd Negroes” at Point Comfort by the Dutch Captain Jope & his English pilot Mr Marmaduke. This was eye-witnessed by John Rolfe (Pocahontas’s husband-turned-widower). What Rolfe probably didn’t know but later historians did, is that Captain Jope was really John Colwyn Jupe, who was not Dutch but an English Calvinist minister & privateer! As such he believed that screwing the Spanish over was a God-given duty. As Portugal was under Spanish rule at the time he saw them the same way.

Problem was England wasn’t at war with Spain anymore, and King Jamie had promised harsh punishments on anyone with St George’s cross attacking Spaniards! However, Holland was at war with Spain. Jupe and his mate Daniel Elfrith redecorated the English vessels White Lion and Treasurer, disguised themselves in orange, white & blue (colours of the Dutch Republic) and ransacked the Portuguese ship São João Bautista holding 370 Angolan war prisoners. They took 200 of them, and though Elfrith had the majority because his ship was bigger, Jupe reached Virginia first and sold them off earlier. Elfrith for some reason left Virginia as soon as he got there and dumped his Angolans on Bermuda. Those Angolans in Virginia were indentured servants just as the English were – BUT as the free-willers, street kids and convicts all realised on arrival:

At that time Africans were the minority of slaves; European (especially poor English) slaves were much more in demand. Barely 100 ‘blacks’ compared to 100,000s of ‘whites’. “Race”-based slavery didn’t exist and wouldn’t do til the late 1600s.

In the 1620s-50s, more slaves were brought over, and the House of Burgesses gave the planters new rights over them:

According to his biographer John Ferrar, Sandys couldn’t give a shit who they were or how badly they suffered, even when their relatives & friends heaped complaints on his head. All he cared about was his Christian duty and establishment of a new order. In fact, the bridal boats were so successful he made a full-time job out of it. Ironically, one of the few who had a problem with the colonial system was JOHN SMITH! He wrote that such abuse would eradicate Virginia.

And it almost did…