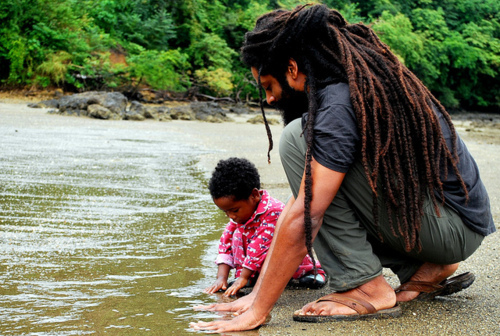 A federal survey of American parents shows that Black fathers who live with their children are just as involved as other dads — or more so.  The report also revealed that among American fathers living apart from their children, Black dads were equally or more involved than other dads, according to most measures.

The report was based on a federal survey that included more than 3,900 fathers between 2006 and 2010 — a trove of data seen as the gold standard for studying fatherhood in the United States.

For instance, among fathers who lived with young children, 70% of Black dads said they bathed, diapered or dressed those kids every day, compared with 60% of White fathers and 45% of Latino fathers.

Nearly 35% of Black fathers who lived with their young children said they read to them daily, compared with 30% of White dads and 22% of Latino dads.