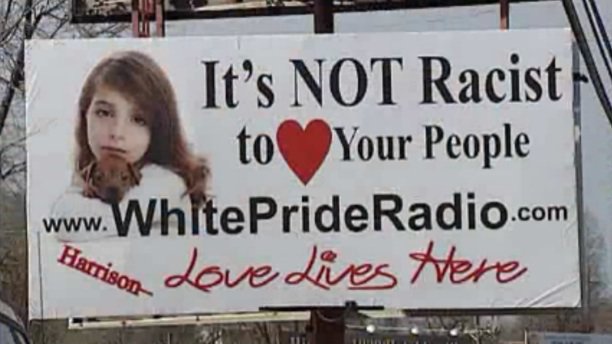 For a long time I knew modern racism has a history. 500 years of history, to be precise. I knew it first became global during the Maafa (Trans-Atlantic Slave Trade) and spread via colonialism & post-colonialism.

However, there was a question always lurking in my brain. Before colonialism, before the Maafa, before Europeans knew about other parts of the world, before Europe was even defined… why does the story of great ‘black’ civilisations being undermined by ‘white’ civilisations keep repeating itself through history? Why did those ‘whites’ install themselves in positions of superiority and reinvent their identities & histories? It happened to the Berbers, Persians, Indians, Arabs, Egyptians, Chinese, Japanese, Filipinos, Israelites and others – why?

(If you don’t believe all those nations were ‘black’, see al-Jāḥiẓ’s The Pride of the Blacks over the Whites, as well as current findings in genetics)

This got me wondering if there’s another secret to ‘white’ history. I don’t claim expertise but my research into epigenetics, mythology/ storytelling, psychology (especially Jung’s “collective unconscious” & Freud’s stuff), psychohistory, religion, philosophy, etc. led me to suspect something. What if there’s a core behavioural pattern shared by most or all ‘white’ people? Dr Welsing’s The Isis Papers may be on to something, but I’ll have to read it in its entirety before I can make a definitive judgement.

For those who haven’t read it, its main premises (proposed by Dr Frances Cress Welsing, pictured above) are:

1- racism (aka. ‘white’ supremacy) is an individual, social AND GLOBAL system devised by people who self-identify as ‘white’ to keep themselves in a state of power relative to everyone else. As such it’s technically impossible for non-‘whites’ to be racist, because that means accepting an alien definition of race and because they have no power to turn anti-‘whiteness’ into a culture or system. Even if it were theoretically possible, as ‘whites’ like to imply when they cry reverse-racism, it still has yet to be put into action,

2- the absolute core reason for its existence is ‘white’ people subconsciously know they bear the brunt of humanity’s genetically recessive traits and they’re the global numerical minority. Because of this they fear being annihilated, especially by the ‘black’ man as (in their minds at least) he’s the most genetically dominant of all people.

(Psst. For my single female readers, his name is Ezra Lottery.)

IMO it makes a lot of sense, but there’s an aspect she doesn’t cover adequately: Asians. She treats them like they’re in the same boat as Africans and other indigenous ‘blacks’, which they are relative to Western culture. However, this ignores the topic of how and why Asians (south, east & southwest) treat ‘blacks’ the same way and always did so before colonialism. It’s like they act ‘white’ (so to speak) because deep down they know they are part-‘white’.

So why identify with their ancient ‘white’ ancestry rather than their more ancient ‘black’ ancestry? Maybe Cress Welsing’s theory could explain: it helps keep them alive, exactly as it does for ‘white’ Europeans.

How did this instinct get transmitted across generations? Mythology. Myths last for millennia. They satiate the craving for adventure stories that all humans seem to share, melaninated or otherwise. It doesn’t matter if the myths are true or not; we love them! We seem especially drawn to stories of our own people (or in the case of 21st century ‘whites’, people who’ve been rightly & wrongly depicted as visually similar to us, e.g. Jesus). What kind of myths would they be?

The first example that comes to mind is the stories from the Vedas, the scriptures of Hinduism. In them are accounts of the people the Aryans invaded and subjugated, variously called Rakshasas, Dasyus & Adi Dravidas. Basically all the original ‘black’ Sasians now known as Dalits/Dravidians. http://www.trinicenter.com/more/India/invasionsandracism.htm  http://www.raceandhistory.com/historicalviews/160114.htm

Obviously northwest Europeans aren’t descendants of Aryans. However, if the information on RealHistoryWW (now blocked by Google) is to be believed, all ‘whites’ are descendants of an albino horde that moved from Africa to north or central Asia*. This might explain why ancient Egyptians always depicted Asians as ‘white’, and why ‘whites’ are so quick to show they’re not albinos. 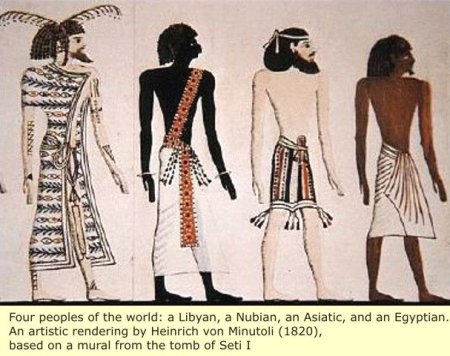 Why those albinos moved is unknown; maybe for relief from equatorial climates? Maybe they were reviled and kicked out by their melanin-rich brethren? Either way they multiplied, moved to the rest of the world, assimilated various ‘black’ cultures they encountered and thus became ‘grey’ (hence modern Asians). The assimilation wasn’t always benign; often it was a result of invading & conquering or being invaded & conquered by the indigenous ‘black’ people!

* Interesting how we never hear that term: north Asia. As is my tradition I’ll shorten it to Nasia. Look at a map and you’ll realise that Nasia is basically Russia!

The ‘white’ and ‘grey’ Persians we call Aryans may have had in their collective unconscious memories of the migration to north/ central Asia, and decided the only way they’d survive in Dasyu land was to subjugate the natives. Contrary to what I used to think Dravidians didn’t take this lying down, but after various wars the Aryans won and created varnashramadharma (the caste system, modern Hinduism) to ensure they’d never try to rise again.