Again I know very little about this faith. Except for one taxi driver in Malaysia, I have no experience with its adherents. Most of my knowledge is from Sikhism: An Introduction (ISBN 9781444105100) and Sikhs.org.

Women are allowed to join in congregations in the gurdwaras. They can even lead prayers. As long as they can read & pronounce the scriptures properly, same as for men.

(It’s amazing how the Abrahamic religions have always been against this! Even for prayers these men have to separate themselves from gyal-dem otherwise they won’t keep their eyes off. Says something about them.) 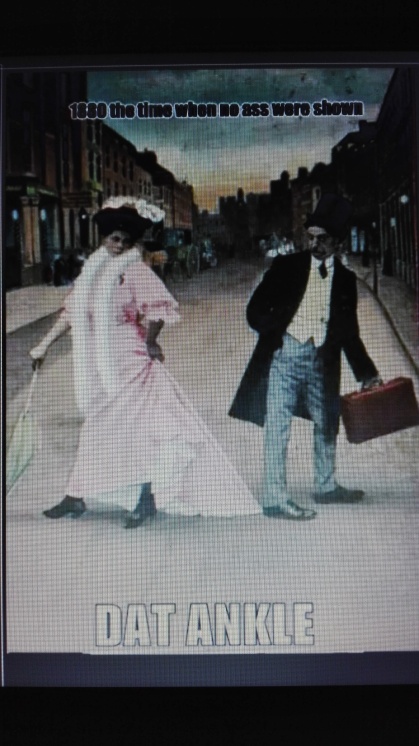 From what I’ve read, the faith is very female-friendly overall. Nanak himself reminded us that without women no-one would exist! In fact, we are bound to women throughout our lives (Guru Nanak, Var Asa, p. 473)! God is referred to as father & mother (Guru Arjan, Bhairo, p. 1144). Women are not to wear veils or incinerate themselves on their dead husbands’ funeral pyres anymore because they are “equal of men in every way”.

Please tell that to these dipshits!

Similar to Islam, all worshippers in the gurdwara sit on the floor. This emphasises the equality of all, and IMO also brings us physically closer to our origin – the earth.

Contrary to the vast majority of world cultures, Sikhism forbids the giving and receiving of marriage dowries! The only dowry permitted is “the name of Lord God” (Guru Amar Das, Var Suhi, p. 787)!

Sikhs don’t pretend pacifism is – or ever was – part of the faith. One of the panch kakkar (five Ks, symbols they must wear in public at all times) is a kirpan*. In the scriptures Guru Gobind Singh, the 10th & final guru and the guy who instituted the five Ks, explicitly said Sikhs must love weapons & be ever-ready to use them to defend the innocent.

(Again from Wikipedia ’cause I haven’t found the source)

When preparing soldiers for battle, he forbade them from bowing to any Mughal and from paying jizyah – a tax non-Muslims have to pay in Muslim-ruled countries. Way to go with asserting autonomy!

Though Guru Nanak was born a vaishya-caste (merchant/banker) Hindu, he was very scathing of both Hinduism & Islam in his writings. Though he was obviously influenced by them, hence the Islamic-style monotheism & the Hindu title guru, he was more than happy to call bullshit on both. The Guru Granth Sahib gives the impression that formal expressions of religiosity often distract from true connection to God, or even hide one’s insincerity.

Nanak-ji’s scriptural writings are very poetic. I usually don’t like this in a ‘holy’ book, but somehow it works well here. Dunno why.

Caste is forbidden and equality of humanity is emphasised. Though in practise many Sikhs cling to Hindu ways, you can be sure they are HINDU ways not SIKH ways. The scriptures are explicit in their condemnation of varnashramadharma.

Which brings me nicely onto the dislikes…

Despite the scriptures’ emphasis on equality, many (most?) Sikhs still stick to their own. Their own being members of the same Hindu castes. It’s rare for a jat (one of the high castes) to marry a chamar (one of the low castes), or for any Sikh to marry across occupation lines even within the same caste. Sometimes they’ll take it as far as marrying Hindus of the same caste rather than coreligionists of a different caste! However, in Western countries this is rapidly changing.

Talking about caste, although Sikhs aren’t meant to have pictures of important people, there are many out there. And in typical Sasian fashion, those people are all fair/ pale-skinned. Featured image being just one example. Sounds like a devolution to varnashramadharma.

Though he wasn’t trying to copy them, Nanak’s exclusive focus on Hindus & Muslims could be taken as alienating/ ignoring other cultures & religions. Not to mention that in the same verse about weapons, Gobind ordered Sikhs to be bridges between Hindus & Muslims. Does this apply only to periods of conflict between them or to all times? What about others with warring ideologies?

They have some rules on how to read the Granth. Head covered, hands washed, and no gurbani (page/verse/section of scripture) must touch the floor. KMT.

And there’s one little thing they believe about God. Like the Abrahamic creeds, Sikhism believes Waheguru (God) can only be truly known through direct experience. That experience comes through Waheguru choosing to reveal himself or his message to people, not through our own efforts. Hmmm…

One point I’m ambiguous on is their use of surnames. Apparently all Sikhs are commanded to use one of two surnames: Singh (for men, means lion) and Kaur (for women, means princess). According to the book, the logic was to erase Sasian pride in their surnames*. This is important because surnames were and still are caste identifiers. It also incidentally gets over the issue of women having to take the husband’s name upon marriage! However, it does get a bit confusing for legal documents. Ignorant people could end up assuming all Sikhs are literally one family.

* Of course many Sikhs still use their caste names, in addition to Singh/ Kaur.

But then, in the genetic sense we are. Maybe Nanak was onto something…?

One thought on “In the name of God/s, part 6: Sikhism”