A few months ago some interesting morsels of information were brought to my awareness.

MSALs (modern south Arabian languages) are those languages spoken by modern people living in the southernmost parts of the Arabian peninsula (especially Yemen & Oman) & Soqotra, an island located between Yemen & Somalia. 6 such languages have been identified so far:

These are to be distinguished from OSALs, old south Arabian languages also known as Sayhadic, of which 4 have been identified:

Those 4 have gone extinct, but at least 2 OSALs still exist: Razihi & Faifi/ Fifi. However they are endangered and at risk of extinction.

(Incidentally south Arabian people are often MUCH darker-skinned than those in the more northern parts of the region, bearing much stronger resemblance to the people described in many sources as the aboriginal people of Arabia, or Qahtanis. Their facial features are often very similar to those of Dravidian south Asians &/or Habesha east Africans, with some looking rather “Australoid” to my eyes. The Soqotris at least have been shown to have near enough no African ancestry after the initial out-of-Africa migrations and the Mahra at least have Neanderthal genetic contribution on par with Europeans, south Asians & central Asians. On a slight but related tangent, in pre-Islamic times the sage Luqman was described as being from the tribe of ‘Ad therefore Arab, while in Islamic times he’s considered to be Ethiopian. Hmmm, sounds like another example of muslims lying about their own history – assuming Luqman existed…)

As an ignorant outsider I always assumed that everyone in the Arabian peninsula spoke Arabic natively and there were no other languages (I console myself by thinking that probably everyone thought that). However, to these south Arabian people Arabic is foreign and they have to learn it as a 2nd or in some cases 3rd language! What?!?

Again, these people are likely direct descendants of the original Arabs, but Arabic isn’t their native language?!?!?

While discussing it to my girlfriend a hypothesis formulated in my head as some old information fell into place: what if Arabic isn’t an indigenous language to Arabs at all? This sounds kind of mad but allow me to explain the thought process at the time:

Modern Standard Arabic and all its dialects are based predominantly on Qur’anic, aka. classical, Arabic. It’s understandable that people would think this represents a pure unadulterated form of the language but Western historians of the Qur’an are increasingly finding that to not be the case. Some words in the book are not of Arab origin but from other languages, most especially Syriac. Admittedly it isn’t massively different since it’s still in the Semitic branch of the Afroasiatic language family, but it nevertheless has a distinct migratory history throughout the Arabian peninsula. This can be illustrated by the differences between English & German; they share identical roots but are largely unintelligible to modern speakers. Furthermore, MSALs are seen by linguists as much closer in vocabulary & grammar to many tongues on the western side of the Red Sea (ie. east Africa) than to Arabic, while the OSALs have been documented from as long ago as the 8th century BC, while Arabic is generally believed to have been documented from the 1st century CE onwards (as Old Arabic). Furthermore, while the Qur’an was originally spoken in Muhammad’s dialect (Qurayshi) which was spoken in Makkah on the western side of Arabia, the text’s phonology was later converted to that from the eastern side which was more prestigious at the time. I would venture to guess that’s because of its geographical (& presumably cultural) proximity to Mesopotamia, the origin of Syriac which at the time was a lingua franca.

Arabic can’t be of wholly foreign origins considering that it came from the same roots as all Afroasiatic languages. However, it does appear to have been alien to the vast majority of Yemenis & the Arabian peninsular population in history. Even the ANA (ancient north Arabian) tongues are nowadays seen as distinct from Arabic, even from proto-Arabic. Note that the ANAs all went extinct well before the rise of Arabic.

This ties in with the early Islamic genealogical works, in which scholars categorised Arabs as pure, perishing or Arabised. However this mentions nothing of the languages of those pure and perishing (probably now perished) ones, hence why such modern works are fascinating to me. Furthermore, it may also further explain or elucidate why the Makkans of Muhammad’s time saw Islam as a foreign religion and why Muhammad himself claimed Islam began as something strange. In fact, the religion seems to be the reason why other languages in the peninsula and neighbouring areas have become so rare. To this day speakers of Mahri, Shahri and the other MSALs, as well as Tamazight (Berber language), Tmetremenkeme/ Timetremenkhemi (endonymous name for Coptic, pronunciation dependent on dialect) and others are routinely discriminated against by Arabophones even though they’re pretty much all fellow Muslims. Parsi (Iranian language, Arabised to Farsi) would’ve been eradicated if it weren’t for the efforts of the Iranians’ ancestors. So on top of cultural artefacts and monuments, written works, religions and ethnic identities, Muslims have also been eradicating their neighbours’ languages. Why? Maybe to make sure when they get to jannah (paradise), Arabic will be the only tongue therefore really will be the language of paradise…?

And this is legitimising the claim I’ve heard from some ex-Muslims that Islam is nothing but a pan-Arabist/ Arab nationalist/ Arab supremacist movement. While I still have doubts about that (partly due to the fact that most modern inhabitants of the peninsula are Arabised rather than ethnically pure Arabs, partly due to the fact that not all of the sahābah were Arab) it is true that Islam united all the Arab tribes that existed at the time, even if by force, and the earliest Muslims who left the peninsula to conquer other lands either directly set up or indirectly contributed to ethnic pecking orders that still exist in some form or another.

Over the past 3+ years I’ve been doing a lot of introspection (even more than usual) and some new understandings and experiences have cropped up. A little summary: END_OF_DOCUMENT_TOKEN_TO_BE_REPLACED

Well well well. It’s happening, pretty much as I expected. Coronavirus is culling the UK population, and not only have we been lied to about how many deaths there have been (until just this Monday, 30/3/2020, they were ONLY counting deaths in hospitals), END_OF_DOCUMENT_TOKEN_TO_BE_REPLACED 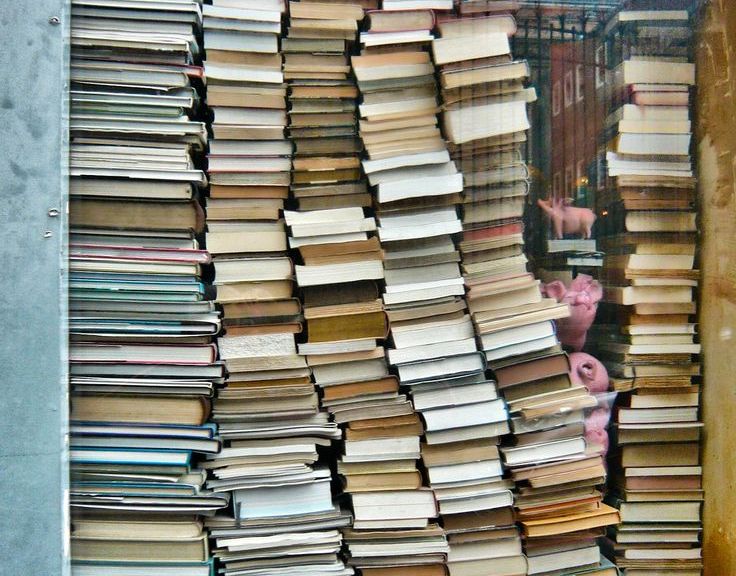 Please note that many books have 2 ISBNs, a 10-digit and a 13-digit, which may be and often are completely different. Be aware that I have taken the 13-digit version and taken off the first 3 digits (978). In a few cases when I couldn’t find the ISBN I’ve listed the ASIN, which contain letters as well as numbers.

Listed in no particular order:  END_OF_DOCUMENT_TOKEN_TO_BE_REPLACED