Africans were enslaved for life ever since Bacon’s rebellion. Despite colour-based slavery being well in place, and despite the new legal distinction between slaves and servants, Defoe still referred to ‘whites’ as slaves in his writings. Similarly, larger colonies weren’t averse to taking more ‘whites’.

(Obviously this is the one I know best)

* There’s also the aḥādiyth qudsiy, a group of 40 reports that supposedly came directly from Allah to Muhammad. Some count them separately, I don’t.

END_OF_DOCUMENT_TOKEN_TO_BE_REPLACED 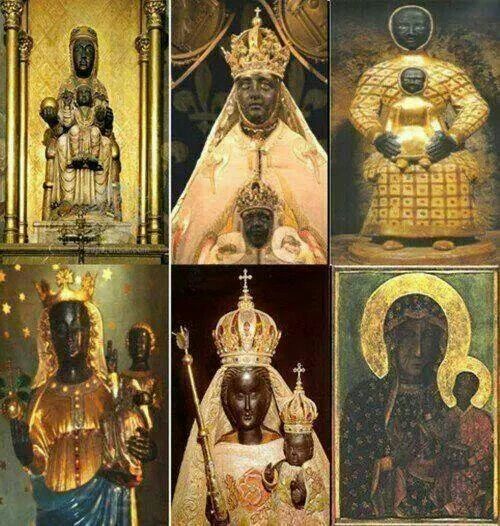 * This trail, going from Jerusalem (Palestine/ Israel) through Jordan to Damascus (Syria), is what’s known as the Road to Damascus, where Saul converted to Christianity. However, the New Testament was written in Egypt, which at the time was occupied by Greeks & Romans.

Why did I call Saul/ Paul the founder instead of Ieshua (Jesus)? END_OF_DOCUMENT_TOKEN_TO_BE_REPLACED 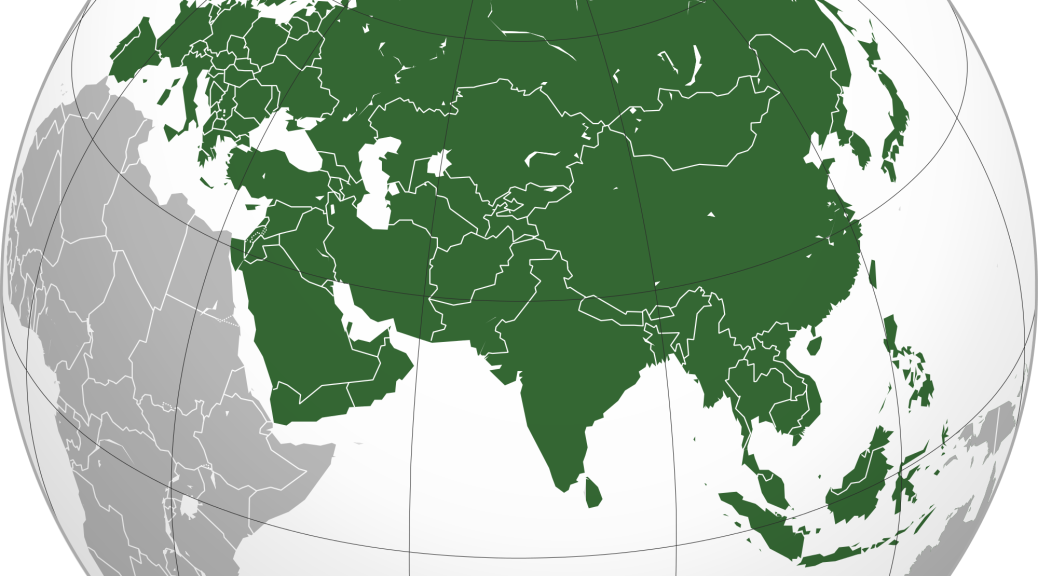 That’s my title for the six religions pretty much everyone has heard of all over the world: Christianity, Islam, Judaism, Hinduism, Buddhism & Sikhism. They encompass a stupidly wide range of beliefs, opinions, practices and historical development paths.

However, I recently noticed something. Despite their differences of original language, beliefs, number of gods,  etc. there’s one thing they all have in common. With one arguable exception, they all originated from Asia!

Why is this significant?

Is it significant that Judaism, Christianity & Islam’s original languages fall under the Afro-Asiatic family, while the others’ fall under the Indo-“European” family?

Honestly I don’t know. This post is an invitation to discuss & debate the matter. How important is a religion’s geographic origin? Why are Asian religions so predominant in the world, especially Christianity & Islam? Does it matter at all, as long as their teachings are valid? 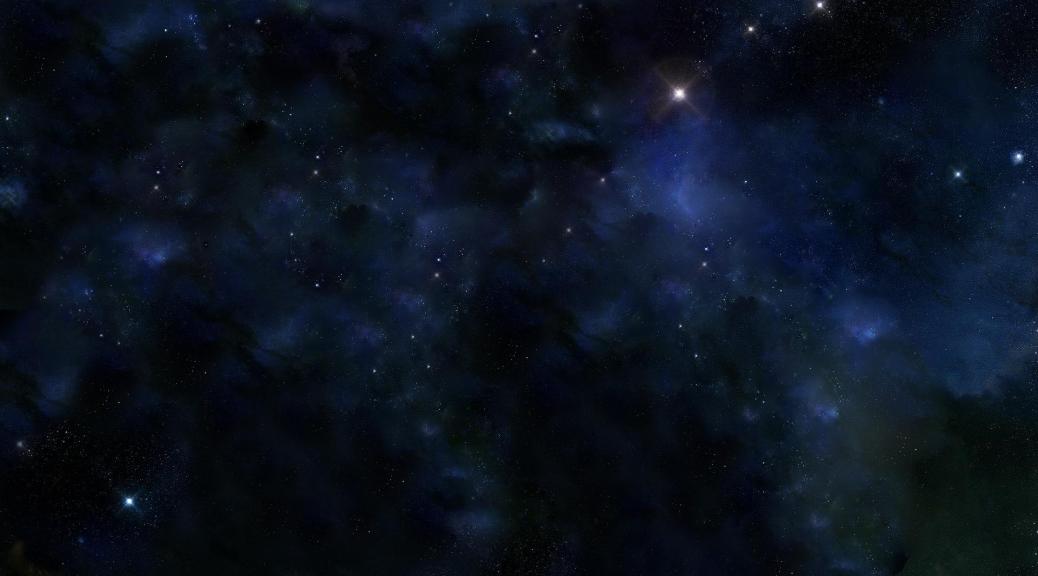 Mostly inspired by my irtidad (apostasy from Islam), but also from my constant reflections on the divine even when I was a Muslim.

As a Muslim I never believed in a gendered god. From what I’d understood Islam didn’t either. The only reason Allah is known as “He” is because Arabic has no neuter pronouns, everything is a he or a she. To this day I find that stupid, in all languages that use gendered pronouns for inanimate objects, not just Arabic. Moon = male, sun = female, etc. Meanwhile “It” sounded generic and disrespectful, like how you’d describe a rock or a dog.

An anthropomorphic god was wrong too, and Islam makes it very clear that Allah is not like us. He doesn’t need sustenance, procreate (therefore the son/children-of-God doctrine was total bollocks), get tired, age, die, get forgetful or make mistakes, etc. He is not like any of His creations.

So for most of my life I had a term in my head to refer to Allah: the Meta-Force. Force because He has no physical form or substance yet still makes things happen, Meta- because I thought of forces (like gravity, electromagnetism, strong & weak nuclear, etc.) as creations and astagfirullah for defining the Almighty by His creations! To me Allah was invisible and all-seeing, inaudible* and all-hearing, omnipotent, omniscient yet only partially knowable, omnibenevolent**, etc.

* except for the one and only time in human history He spoke to Moses through the burning bush.

** as for people who posit the “problem of evil”, to me there was no such problem. Evil is caused by us, choosing to act upon the whispers of our eternal enemy the Satan. It was that simple.

God, Yahweh and Allah were synonymous, just different names for exactly the same thing. Despite what evangelical Christians (and even some Muslims) like to think, the god of the Bible, Torah & Qur’an were one and the same being. It’s just the Bible & Torah were distorted by people through the passage of time. Unlike a lot of Muslims, I also didn’t exclude the possibility that Krishna, Rama, the Buddha, etc. were all prophets too. Muhammad reportedly said there were 124,000 prophets throughout human history and the Qur’an only mentions about 25 by name. It also stood to reason that other holy scriptures (Upanishads, Tripitaka, and others) could very well have been messages of Allah that got distorted after the messengers died. Therefore I always felt a bit compelled to respect them all even if I believed they were wrong.

* Often translated as throne, but the throne of Allah is called a different name – ‘arsh. Kursiy really translates as footstool.

As I grew older and wiser (I like to think!) my understanding of Allah evolved again. For a start I decided that since Allah wasn’t male I should stop saying “He”. Fuck the supposed disrespect, “It” or “IT” was more accurate.

However, I had given very little thought to my personal relationship with Allah, simply because Islam does not mention personal relationships with God much beyond love, hope and fear. This is the state a true believer is meant to die in: simultaneously loving to serve and remember Allah; hoping that all our love, good intentions & actions will be enough to earn us Paradise; fearing that it may not be.

Islamic prayers are also extremely ritualised. The exact same movements of standing/ bowing/ prostrating/ kneeling/ raising the right index finger, 5 times a day every day. The words are identical each and every time except a part in the standing when you recite any part of the Qur’an you choose, as long as it’s no less than 3 verses. And always in Arabic, don’t care if you’re in the 80+% of non-Arabic speaking Muslimiyn worldwide. No let-offs, only exceptions are if you’re mentally or physically incapable of performing them, and if you do them late you must make them up. The repetitiveness is meant to focus you on Allah, so that your faith & sincerity will increase to the point where you’ll be praying as if you can directly see Him. Even though Muhammad explicitly stated we cannot see Allah.

You are allowed to make personalised supplications outside of prayer times for any reason you want, but since the prophet also did them it’s recommended to follow his examples verbatim. And since he was an Arabic-speaking Arab, it’s better to do them in Arabic.

In summary Islam’s stance is: Allah created us, we just have to sincerely serve Him and hope for a good afterlife. This dunya is a prison for the believers and paradise to unbelievers, but it’s all good because the akhirah (hereafter) will be eternal happiness for you and eternal torture for them. Just have sabr (patience/ forbearance), focus on the akhirah instead of the dunya. Allah has already spelt out everything we need to know for life, just use your free will to obey and submit. Oh, and think for yourself because Allah commands it.

So what about angels, jinn & prophets?

Islam is very clear on that:

Prophets (anbiya) are humans so spiritually pure and the rest of humanity so impure Allah gave them authority to dispense His messages. According to conventional Islamic belief, all prophets were men. All of them were tasked to deliver Allah’s message to their people, whereas only Muhammad was instructed to deliver to all humanity as he was the last one.

This always begged the question in my mind: what qualifies some people to be that spiritually pure? Obviously age doesn’t factor in: Muhammad was a prophet at age 40 while Jesus was a prophet from birth!

Angels (mala’ika) are another type of creation altogether, totally unrelated to us. They travel at light speed, don’t eat or drink, and carry out Allah’s commands exactly since they don’t have free will, and they can live all the way to Judgment Day. They can visit our world (when Allah allows it) but don’t live in it. The Qur’an and ahadiyth don’t describe their appearances at all, apart from just that they’re massive, made of light and have any number of wings.

I thought of them as God’s tools in a way, as they’re tasked with stuff like directing the winds, telling seeds to grow, carrying souls into foetuses, carrying Allah’s throne & footstool, blowing the trumpet on Judgment Day, etc.

Jinn are another type of creation. The closest Biblical equivalent is demons, but not all jinn are evil. Just most of them, same as humans because they also have free will. They are similar in power to angels, as they’re created from “smokeless fire” – whatever that means. They live in our world, form communities, eat, drink, procreate and have religions like us. They usually don’t get involved with us – so possessions are damn near non-existent – but will attack us if disturbed. Ibliys was their ancestor, and when he refused to prostrate to Adam he became the Shaytan (devil). Although he hates us and wants us all to burn in Hell, Allah is so merciful Shaytan  is allowed to live ’til Judgment Day. According to one report, Allah is even SO merciful that if Shaytan were to repent Allah would forgive him!!!

Devils (shayatiyn) are just any evil-minded beings, usually jinn but can be used for humans too.

Since I believed in Islam so strongly, I believed jinn and angels must be empirically verifiable. For years I scoured the Internet for scientific explanations, and the ones that made most sense to me were that angels are the fundamental forces of nature (gravity, weak & nuclear, electromagnetism) and jinn are bacteria.