Yes you read that title right! This is totally new to me so this post will probably be very short. I only became aware of it after reading chapter 6 of Shereen El Feki’s Sex and the Citadel (ISBN 9780099526384).

I’m surprised, not so much by the fact that such people exist (because modern orthodox muslims just explain them away as sinners/ improper muslims) but by the fact they existed!

In other words, this post will NOT be about transsexual/ transvestite/ transgender muslims in modern times, but ones in olden times – even back to Muhammad’s days!

Plural of mukhannath. Literally means effeminate, ie. men whose behaviour and/ or dress was like women’s. The ahadiyth talk about them, and interestingly they weren’t as persecuted as modern muslims would (like to) think. Despite the hadiyth in which Muhammad curses effeminate men (and masculine women, to be sure), debate still goes on over whether he meant all such people or particular ones around him. In another hadiyth a man applying henna was dragged in front of him and he had him banished – but not killed because that man prayed. It should be noted, however, that this term also encompassed eunuchs, so early muslims didn’t really distinguish between men who were “feminised” by force and those “feminised” by choice. This is in common with much of the world’s thinking back then, the thought that castration “emasculates” you, permanently puts you outside the fold of maleness. However, muslim scholars in the past did distinguish between 2 types of mukhannath – innocent ones who are innately feminine and don’t try to profit from their “womanliness”, and those who sin by prostituting themselves.

Also, male homosexuals were NOT covered by this term because mukhannathuwn were assumed to be asexual, or “free of physical needs” and therefore guys women were safe around. Usually. Modern Arabs and Arabised peoples, according to El Feki, wrongly disregard that and assume they’re raging homosexuals. There was no exact Arabic equivalent of homosexuals; the closest was luwtiy, a 13th century word based on the story of Luwt (Lot), the guy sent to Sodom & Gomorrah to convince the men there to stop having sex with each other. However, modern attempts at equivalents do exist.

Unlike in early Christian history, there’s nothing to show early muslims became eunuchs by choice. As far as I know…

Plural of gulāmiyyah. This word is a feminine form of gulām (young man or boy) and referred to women who dressed and behaved like men. Ironically, though some even went to lengths such as painting moustaches on their faces, hanging out in male-only events and taking on male names, they were decidedly heterosexual and made no attempt to hide their female shapes! They even painted their male lovers’ names on their faces! In fact, back in the Abbasid dynasty of 9th century Baghdad they were seen as hot. Al-Rashid, its most famous sultān, reportedly had up to 4000 gulāmiyyāt in his court. His son Al-Amin was known for liking boys, and his mother (worried about him not producing an heir) gave him gulāmiyyāt slaves – which he really took to. His favourite was a girl called ‘Arib. Also unlike modern days, they were NOT confused with lesbians as again there was no exact equivalent word for them – but there are many now.

Nowadays in the Arab region they’re called boyat and treated as Western-imported deviants trying to obliterate the God-sanctioned feminine norm, especially in Qatar. See what a conference in the Emirates had to say of them.

Update: Indonesia has the warias, men who dress & see themselves as women. This custom predated Indonesian Islam by ages but still persists. Since Indonesia has the highest number of muslims in the world, most warias are muslim. 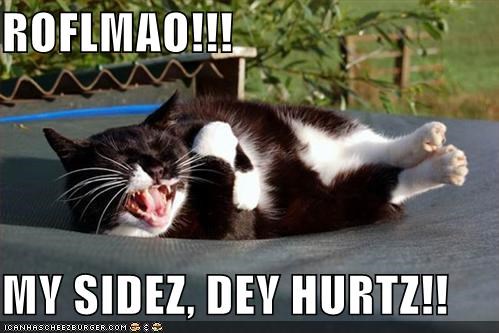