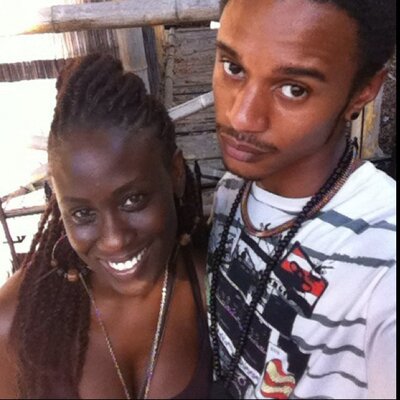 BEYOND THE TOKEN BLACK GUY: ISOLATIONISM IN AMERICAN MEDIA

Many of you have likely heard of the Bechdel test, but in case you haven’t, I’ll run it by you now. The Bechdel test is a feminist means of analysis, originally conceived for evaluating films. Virginia Woolf wrote long ago of the problem of women characters existing, almost without exception, only in relation to men or barely existing at all, and this test is a way of exposing that cinematic inequality. Introduced in Alison Bechdel’s comic strip Dykes to Watch Out For, the test demands three requirements of a film in order for it to be deemed woman-friendly:

In your spare time, go through this list of movies and check out all the films that have failed the test. There’s tons. But that’s not what this blog is about. Rather, I want us to consider applying the same rules to films, television, etc., but reframing them to consider the presence (and absence) of people of color in these mediums.

Clutch Magazine did a piece on this awhile back in which Tami Winfrey Harris crowdsourced some ideas for what that set of requirements would be. One suggestion offered the following demands for evaluating whether a film represented people of color as multi-faceted human beings:

An interesting list. Somebody do me a favor and go ahead and apply this criteria to every movie made in the last fifty years and let’s watch the vast majority of them fail.

You see, these tests are interesting because they reflect the way Hollywood a) perceives the humanity of oppressed groups, and b) interprets America’s willingness to see women and people of color on their screens as more than fragmented stereotypes, fetishes, etc. (I will add that I think Hollywood often underestimates the greater American audience’s sensibilities, but when we see backlash like this over a character being cast as black, we can see why Hollywood would say “Fuck it” and stick to the white male hero over and over….and over and over and over again, in the interest of their profits.)

Anyone who knows me knows that my mantra is “Movies are never just movies. TV is never just TV. Nothing is ever just something.” In a culture of capitalism, oppression, patriarchy and white supremacy, every piece of media we consume, from our movies to our commercials to the packaging of our food, carries messages. And when it comes to women and people of color, the message being sent isn’t just “Women’s lives revolve around men,” or “Black people are servile,” although those messages are certainly present. The message is this:

That is, in my opinion, one of the most dangerous messages that Hollywood imparts. In the midst of the negative images of sluttiness, airheadedness, docility, thugification, propensity for violence, ignorance, and more, all of which are dangerous in the way they impress upon the audience a skewed and inhuman version of real people, the image of isolation is one that concerns me greatly.

The problem is twofold.

For the oppressed group being represented, being a “token” is more than just being the only black guy at the party, or the lone female officer on a starship. We are being fed the message that we exist alone in a white, male world. There is no one to help us. We exist solely as an opposite to a norm. We are allowed little flexibility in our identity and our future. We are a joke: our breasts are on display, our blackness, our way of speaking. We are a face that could be replaced with any other face, a life that could be replaced with any other life. We are not unique. We do not matter. Rising above this cookie cutter life isn’t worth attempting, because do you see how alone you are? In this film, in this commercial, you are not father, daughter, astronaut or engineer. You are your blackness. You are your femaleness. You are alone in your blackness and femaleness. And that is all you will ever be.

For white, male audiences, the problem is just as great and allows the white, male gaze to feel justified in its Othering. The message is, “You are not alone.” By (over and over) perpetuating a white world on every screen in America, white audiences’ belief that they are the core, they are what matters, they are the hero, they are the norm, is fed, and continues to grow. White male characters onscreen generally only have to deal with one black guy at a time. That isolated black male presence is manageable, governable. Dominatable. The message is, “You don’t have to worry about people of color. You don’t have to worry about women. See how few of them they are? And look how many of you there are! You are the majority! You are what matters!”

I’ve heard the “token black guy” stereotype referred to as “Affirmative Action for Hollywood.” Perhaps. Perhaps this long-running trend is half-brained directors wanting to appear diverse and inclusive. Perhaps someone, somewhere thinks this method of representation is accurate: “Well, I only know one black guy, so only one black guy needs to be in the film.” Perhaps it’s Hollywood covering their ass and not wanting to upset the never-sleeping giant of white self-righteousness. Perhaps. But either way the message is the same, and I urge you to consume media with great caution. Malcolm X once said something about newspapers which I will apply to all media in our generation: “If you’re not careful, the [media] will have you hating the people who are being oppressed, and loving the people who are doing the oppressing.”

Keep your eyes open and, when consuming mass media, keep your mind closed. You are not alone. You are not a joke. You do not exist solely as an extension of your blackness, femaleness, gayness. You are not an Other.