(finished version of the poem from my story The Matriot) 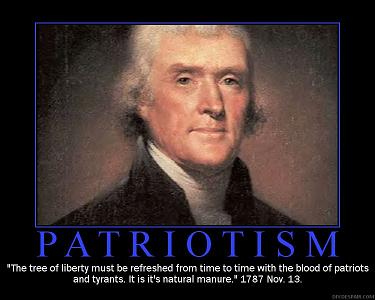 Patriots are attached to the land of their forefathers,

Yet mothers gave nativity to the new-borns of the nation

While fathers gallivanted forth for fresh virgin

Which land are they attaching to?

Since they want to die for their homeland.

But how do you tell the difference between water and water?

Can they stop the wind from trespassing?

The masculine principle breathes “May I?”

Before he blows into her

And dare to draw comparisons?

Patriots say Fatherland like the world is a man.

How can that be when

Its waters churn under menstrual

Seeds incubate and germinate within it like a woman?

Have you ever heard of Father Nature?

Patriots wage pre-emptive wars on other parts of the world

But it’s the same world regardless.

So aren’t they attacking their father?

That’s the fate he indicted on himself though.

He wrote the unwritten rule that

Sons must dethrone their ancestors before ascension

And we all know the sword is mightier than the pen.

The spirit of his law is chiselled letter by letter

Into the bedrock of his children’s collective unconscious,

She is always written as the violated.

That’s why I’m not one of them.

With her churning holy waters,

I provide virgins means to wage post-emptive warfare on gallivanters

Forcing a different shade of green on her secret gardens,

When we succeed where Guy Fawkes failed

To blow up the parliament of nationalism,

And blow its ashes to the four cardinal directions,

Epigenetically engineered with the ingenuity

To recognise re-genesis of life, love and liberty

As a generic duty on their generation.

To summarise for future editions of the Oxford Dictionary:

Matriot (noun) – a human incarnation of the nurturing maternal instinct,

Raised to fight for the rights of the wronged

Against those who believe in violation.