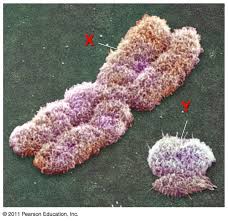 Your Superficial Ass DESERVES To Be Single

By Lincoln Anthony Blades on 12/16/2013@lincolnablades

When it comes to sex and dating, I am shamelessly superficial and I will NOT apologize for it all. Now this doesn’t mean that I have absolutely zero intellectual interest in women because it’s quite the opposite, as I NEED a woman with real mental depth of thought. In fact, I often refer to myself as a superficial sapiosexual because I believe mental AND visual attraction must be present for me in order to find a woman sexually attractive. But after a few conversations with some friends this past weekend, I’m starting to realize that there is more than one way to be superficial.

See, my superficiality is completely inward in the sense that I want to date and smash a woman I feel is sexy as hell, and whom I feel is absolutely beautiful. I want a woman who has an ass that I feel is amazing, and who has tig ol’ bitties that turn ME on. But all superficiality is not about inward desires, because there’s a whole gang of people out there who base the quality of their partner on society’s superficial concerns. These are the outwardly superficial men who date women based on what the majority of people in our society would DEEM to be beautiful, and the women who date men based on what other people DEEM to be handsome. This might seem like a ridiculous ideology to you, but the truth is that a lot of men and women are single as HELL today because they haven’t found someone “socially superficially acceptable”.

I have a single homegirl who is in her early-to-mid 30′s and we frequently talk about relationships, especially since I know starting a family is one of her goals. When we talk about her love life, I notice that she does NOT have a shortage of eligible suitors and finding a date is the last of her problems (very accomplished and gorgeous woman), but remaining in a healthy relationship is difficult for her. Whenever shit goes south between her and some dude, she always gives me a list of reasons why things weren’t “meant” to work out, but after a long-ass talk this weekend, I realized that most of her problems are self-created.

She meets and dates a lot of great dudes because she’s always open to going out with a man and getting a free meal (I’m not even gonna comment on that today), and she admits to enjoying the time she spends with these guys – but she also has a type. She wants him to be at least 6’2 (her HEEL height), he must have a well defined six pack and she wants him to be handsome. Now, as a superficial man, I can’t call her out for doing the same thing that I do, but after further investigation we BOTH realized that we had completely different motivations behind our skin-deep attractions.She basically admitted that she can’t she herself with a man that other people can’t see her with.So while she’s met more than enough relationship-worthy men, she hasn’t met a dude that she could confidently walk down the streets with in a manner that would make OTHER people praise the dude she was with. Either they weren’t tall enough, ripped enough, or cute enough to LOOK like an “equal” match for her.

Look how mutually attractive they are to everybody – they MUST be a happy couple.

Now normally, this would be the part of the conversation where I go the FUCK in on her and call her out for being stupid, but her confession made me more sad than annoyed. The fact that she’s so intent on finding a man that appeases society’s ideals of who a tall, beautiful, professional woman should date instead of either being inwardly superficial or NOT superficial at all is downright pitiful. And to think, the same people who define her thoughts on the “perfect man” are also the same people who may have found their own happiness by not listening to what anyone else thinks.

And it’s this outward superficiality that leads both men and women to making STUPID-ASS decisions on who to date. That’s why there are men out here who don’t want to date a woman if her skin is too dark, or if her natural hair is too kinky. It’s not because they don’t possess the ability to find any allure in her features, it’s because their outwardly superficial desires are so rigidly aligned with the dominant westernized image of beauty that they can’t create their own standard of attraction.

I’ve said it once, but I will say it again: Being superficial is NOT a bad thing, because 95% of us are superficial in some way when it comes to dating, but identifying the driving factor behind your superficiality is of the utmost importance.

This Is Your Conscience